A lot has happened since our last update, however, the US equity market is stuck in the doldrums, as we expected. Given the upcoming election season, we will cover some of the fundamental economic issues facing the next President and our views on the latest external shock – Brexit.

We continue to search for good ideas in this volatile market environment. Companies that show decent growth are overpriced while much of the rest exhibit no growth. Investors have flocked to companies with dividends seeking income since they cannot obtain it from purchasing Treasuries. For instance, market segments that pay high dividends such as the Utility and Telecom sectors are up 23.4% and 25% respectively through June this year.

While we do not have any direct investments in the United Kingdom (UK), we do have investments that generate revenues in Europe and Britain in particular. The impact of Brexit (the departure of the UK from the EU) is therefore of importance to us. Before we get to the impact, it is worthwhile to focus on the reasons why voters, particularly outside London & Scotland, chose to leave the European Union (EU). Voter turnout was an astonishing 72%! Clearly the populace wanted their voices heard. Despite the aggressive lobbying to remain in the EU by both the major political parties, business executives, and the pessimistic consequences of Brexit forecast by economists & financial analysts, Britons chose to leave the EU. What particularly struck us, besides the surprising outcome, was the large difference in voting behavior between the voters of London & Scotland and the rest of the country. Figure 1 depicts the voting results by region. 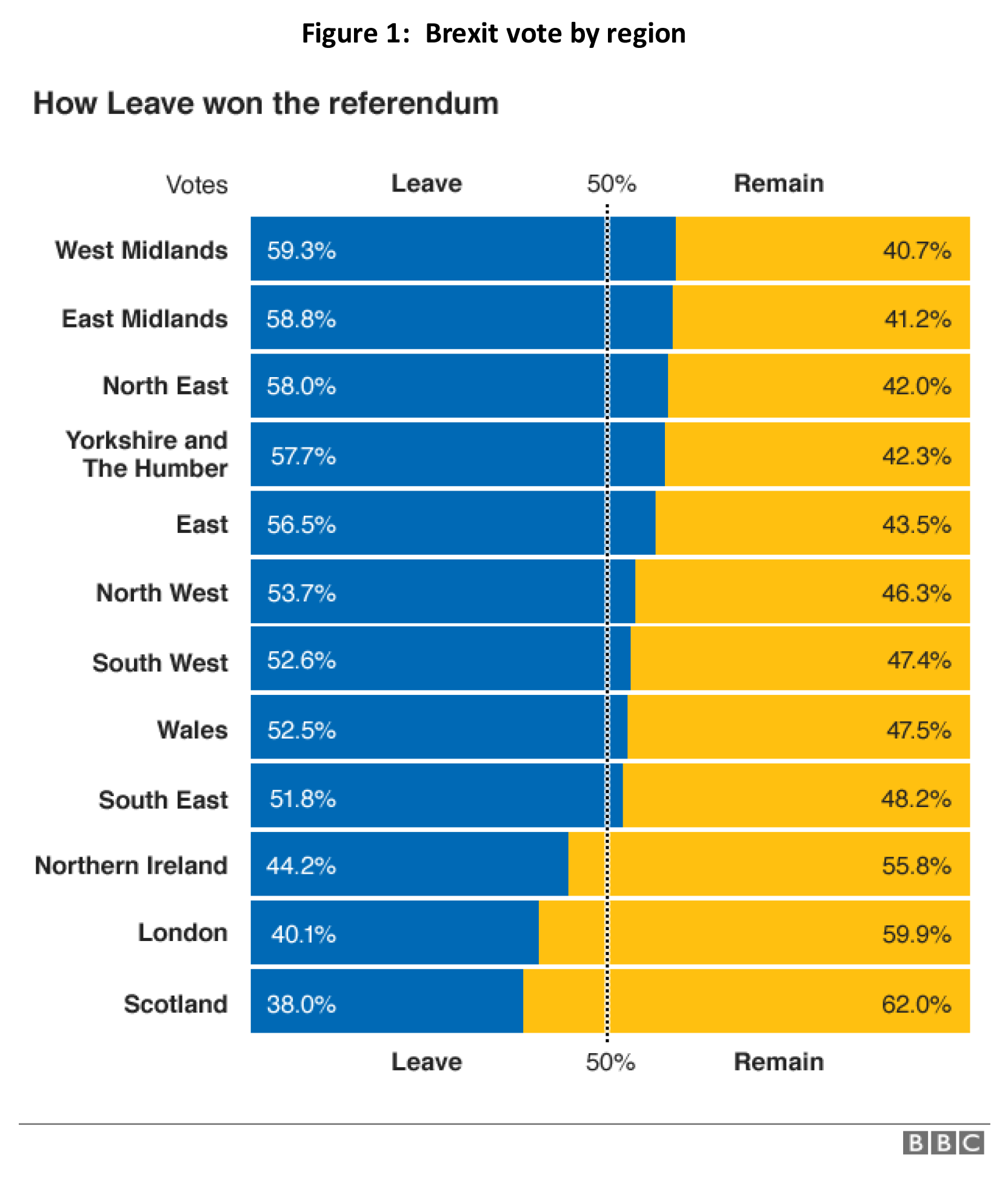 As seen from the figure, 55% to 60% of the voters outside London, Scotland and Northern Ireland voted to leave. The contrasting appreciation of the EU is illustrative of the gulf between the people who benefited from globalization and those left behind. The results serve as a potential harbinger of the upcoming elections in the United States. A large segment of the US population is also unnerved by the outcome of trade liberalization and its consequences. Both Donald Trump and Bernie Sanders have effectively tapped this zeitgeist. In our view, Brexit, Trump and Bernie are all expressions of the same underlying malady. We will explore its implications for the US in the next section.

Now that Brexit is in motion, we ponder its economic consequences. Whilst the long-term outcome is unpredictable, the short-term impact has already occurred. The UK pound has fallen 11% against the US Dollar and the Euro since the vote and is down 17% over the last 12 months against both currencies. In effect, all UK goods, services and assets are 11% cheaper than before. The UK starts with an inherent 11% advantage even if the EU were to impose some tariffs on UK sourced products as punishment for Brexit. Brexit has accomplished what reduced interest rates and quantitative easing by the Bank of England failed to do: devalue the UK currency and restore competitiveness.

As mentioned earlier, we believe the rise of Donald Trump and Bernie Sanders has similar antecedents to Brexit. Globalization has benefited some but has hurt many Americans. While this phenomenon may be invisible to the denizens of the major metropolises such as New York, Los Angeles or Silicon Valley, the impact is apparent elsewhere. Figure 2 plots the concentration of wealth over the last 100 years in the US. Wealth has concentrated in fewer hands more or less unabated since 1978. It is now approaching levels last seen before the onset of the Great Depression. The financial crises in 2008 did not stop or even slowdown the trajectory. 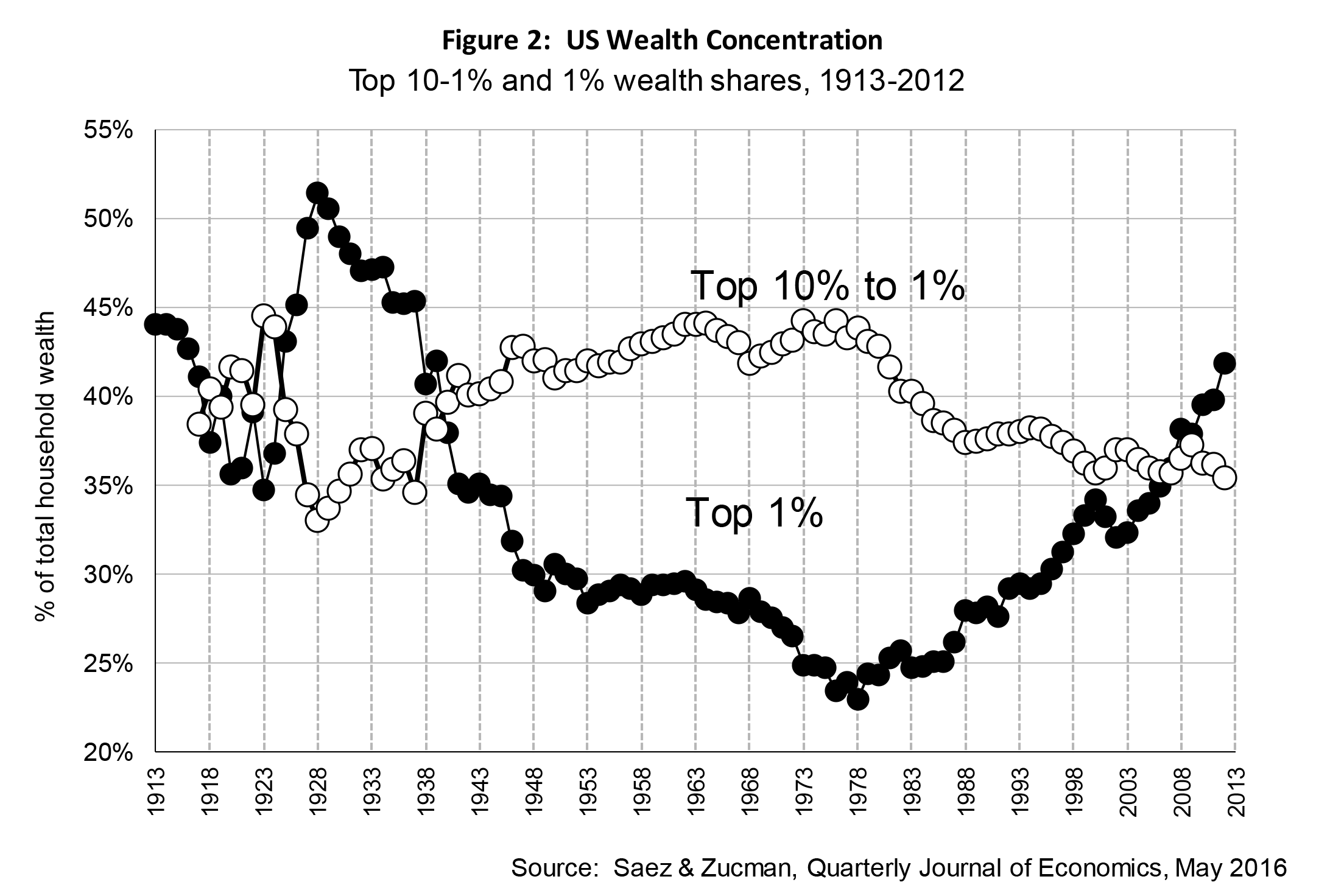 The top 10% now control 80% of the nation’s wealth. As the middle class and those below lose ground they are looking for suspects and their focus has now shifted to global trade & immigration. They believe globalization and trade liberalization may have resulted in wealth concentrating in the hands of the elite (top 1%). As Figure 3 depicts, increasing inequality is associated with rising societal anxiety and social problems. 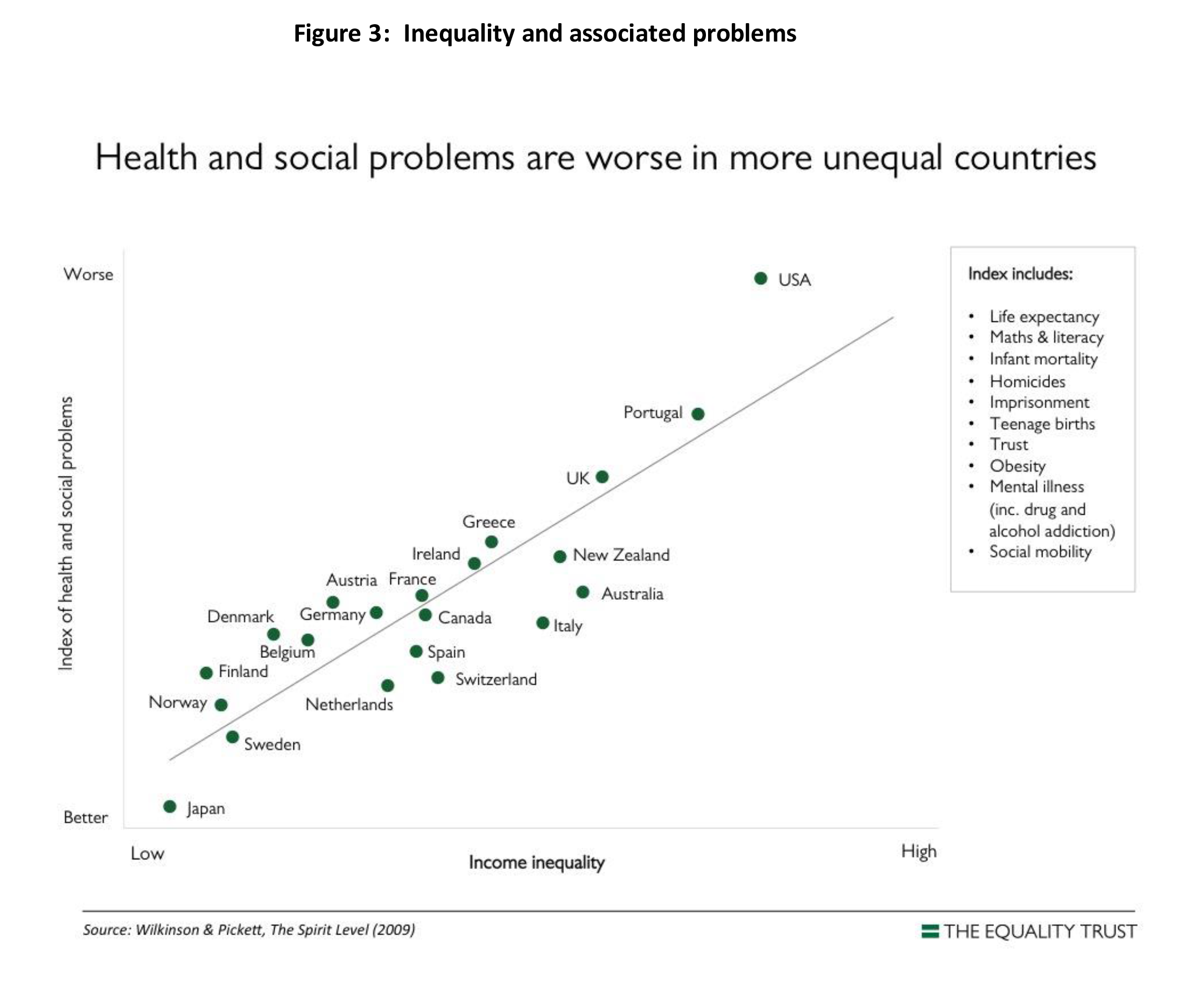 Both Bernie Sanders and Donald Trump have captured the angst of the population and proclaimed global trade as the cause of the problems. Both would like to unwind NAFTA (free trade amongst Canada, US & Mexico) and revise World Trade Organization (WTO) regulations. Hillary Clinton has belatedly embraced Bernie’s beliefs on global trade. Ironically, or perhaps coincidentally, world trade has already begun to slow down. Figure 4 depicts world trade volumes since 2005. Since the first quarter of 2015 trade volumes have flattened and actually declined in dollar value. 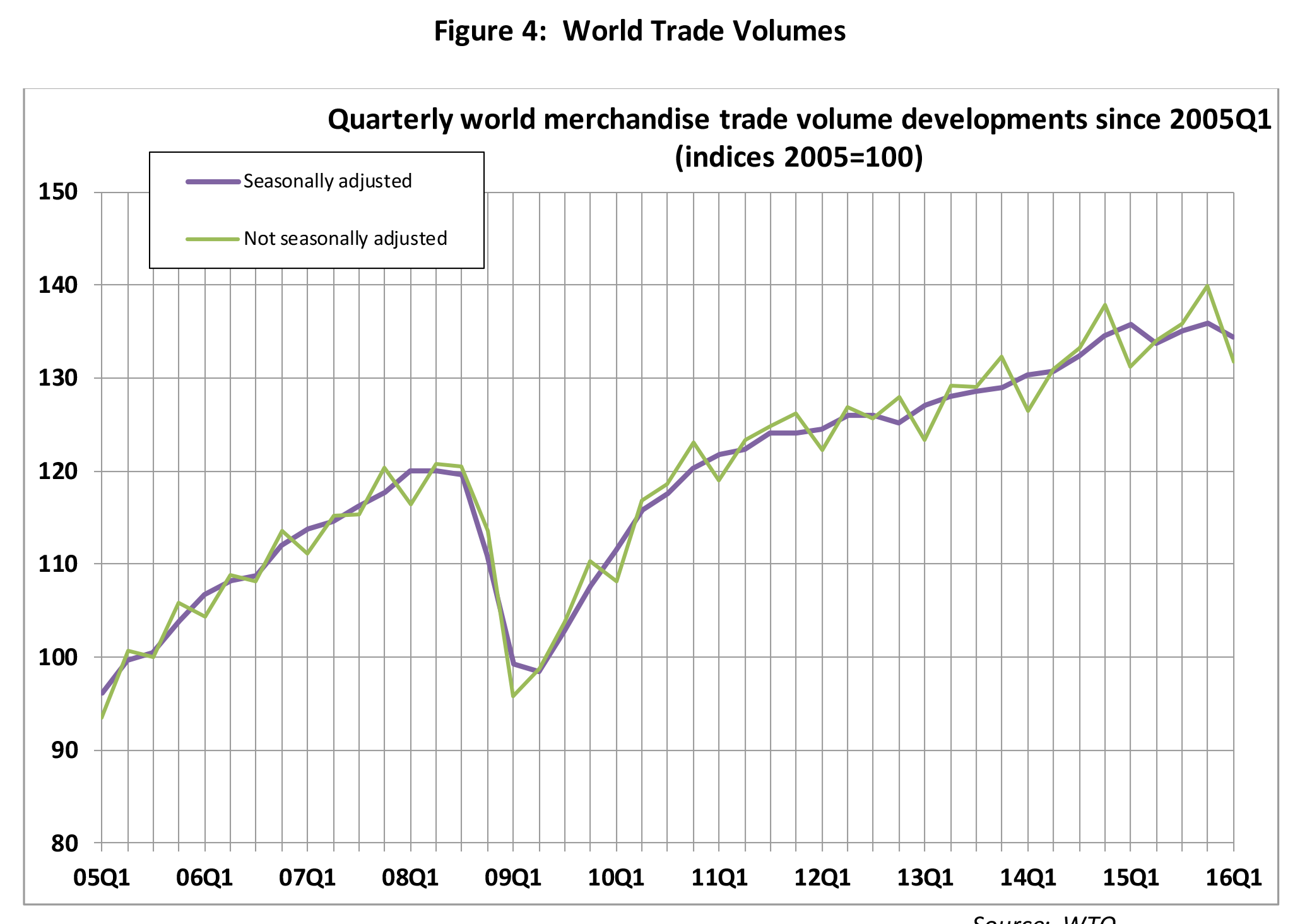 From our view it is unclear if global trade is the cause of wealth concentration, after all, global trade was much lower back in 1928 and we faced similar levels of wealth distribution. However, we do expect trade to be impacted no matter who is elected President in November.

Brexit and the upcoming US elections are part of the same continuum. Both events are symptomatic of the general anxiety of the current economic climate. Lack of income due to extremely low interest rates has forced investors into high dividend stocks. Investors are looking at dividend paying stocks as bond substitutes. High & stable dividends are typically found in the Utilities, Consumer Staples, Telecommunications and Real Estate sectors. As a result these sectors have led the rebound to new market highs this year. Investor demand has pushed valuations to unreasonable levels in some instances.

Growth is anemic and valuations are not cheap. As a result we remain cautious in deploying capital in the current circumstances and continue to look for opportunities that meet our investment criteria.