After one of the best first quarters in recent memory, the second quarter of 2012 saw a return of the volatility we experienced in each of the past two summers. Renewed fears surfaced, thanks in large part to a string of bad news out of Europe and weaker economic data in the U.S. and China. Additionally, the looming fiscal debt cliff, a highly polarized political environment, and pending U.S. elections, have added to near term uncertainty.

In response to this turmoil, the US Federal Reserve and the European Central Bank have again pledged additional Quantitative Easing (QE), and indicated there are more levers at their disposal to stimulate growth.

The markets have responded to this news favorably and bid up stock prices in the early part of the 3rd quarter on low volume. The NASDAQ is now up 16.5% ytd through the end of July and the S&P 500 has again approached near all-time highs, including reinvested dividends.

However, as we have discussed in prior writings, in the longer run, it is debatable the extent to which the Fed actions of the past, or future stimulus will achieve meaningful results for the overall economy. For instance, after 3 months of consistent gains to start 2012, job growth has slowed considerably since. Additionally, 2Q GDP was re-stated downward recently and forward forecasts have been reduced.

What Fed policy has done is drive yields down and asset prices up. The chart on the following page shows the S&P 500’s and 10 Year Treasury’s reaction to QE over the past 5 years. 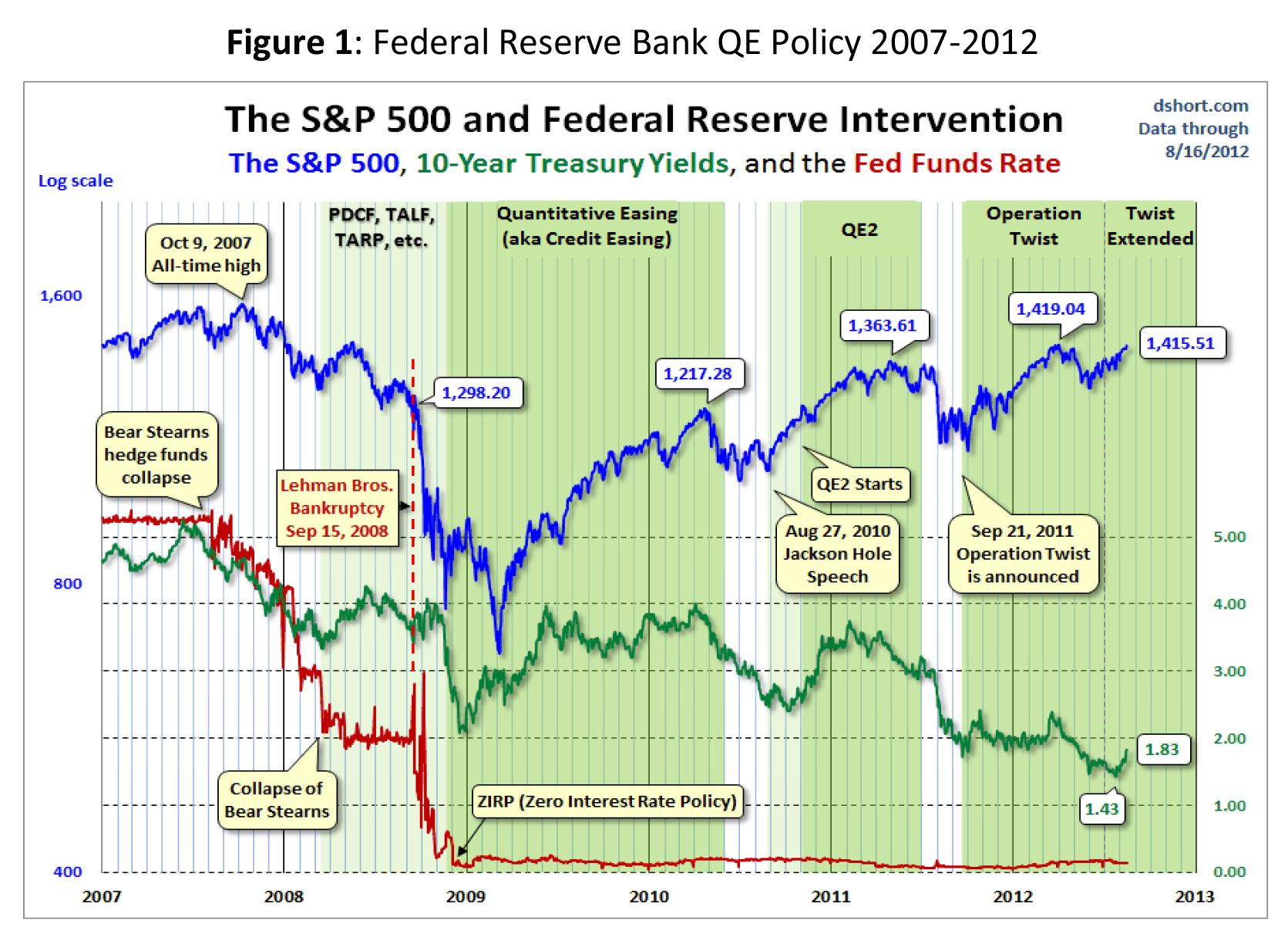 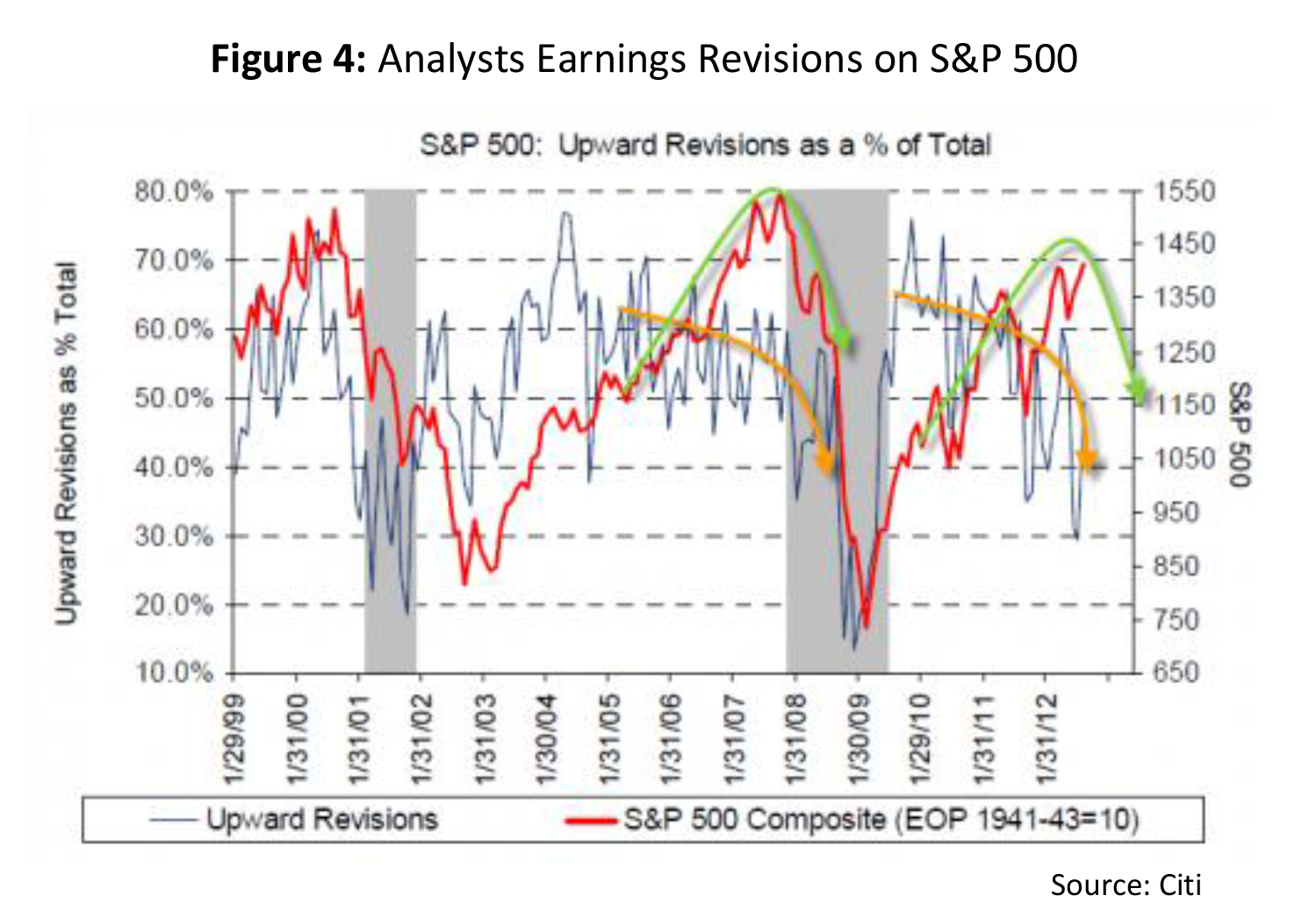 In an Op-Ed piece written for The Washington Post, Chairman Bernanke was very clear about the intended impact of Quantitative Easing.

“This approach eased financial conditions in the past and, so far, looks to be effective again. Stock prices rose and long-term interest rates fell when investors began to anticipate the most recent action. Easier financial conditions will promote economic growth. For example, lower mortgage rates will make housing more affordable and allow more homeowners to refinance. Lower corporate bond rates will encourage investment. And higher stock prices will boost consumer wealth and help increase confidence, which can also spur spending. Increased spending will lead to higher incomes and profits that, in a virtuous circle, will further support economic expansion.”

The chart shows the S&P 500 reacting positively to each announcement and subsequent stimulus, but also suffering a resultant headache as the punchbowl is taken away. It is important to note this effect appears to be dissipating over time with the magnitude and extent of each rally growing shorter.

Additionally, as interest rates are already low, and risk-premiums on more aggressive assets are already remarkably thin, the impact of further quantitative easing around the globe continues to show evidence of diminishing returns.

In this environment, savers and retirees are being penalized through artificially low rates that camouflage the true cost of borrowing for the governments that are racking up debt. The result, we believe, is that complacent and unsuspecting risk-averse investors are reaching out further up the yield curve to secure an attractive yield. Meanwhile, the debt continues to grow. 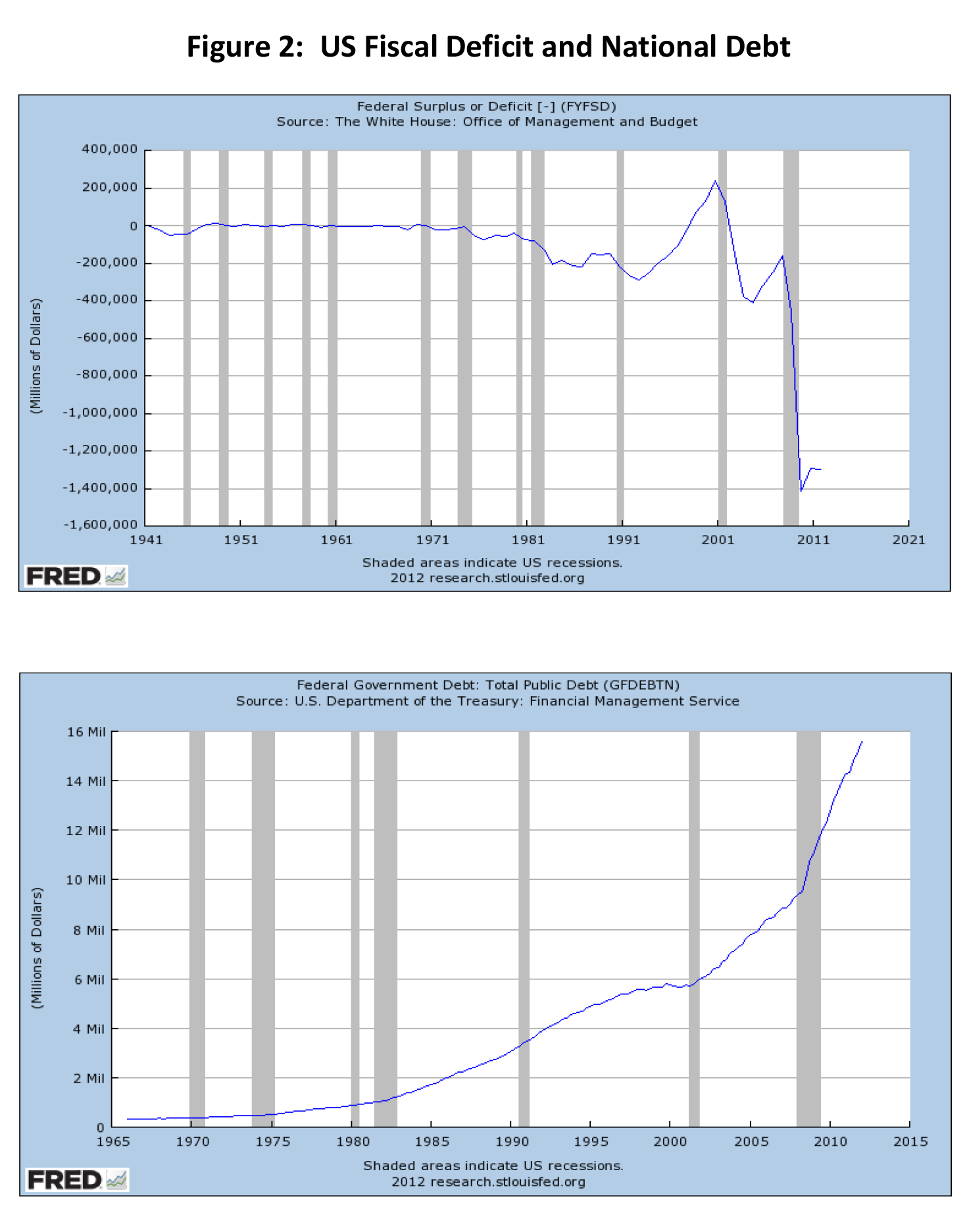 The willingness to embrace debt and deficits as a means to offset a financial crisis created by too much debt is obviously not unique to the US. The chart below displays the current debt burden carried by the U.S., the Euro Area and several countries in Europe. 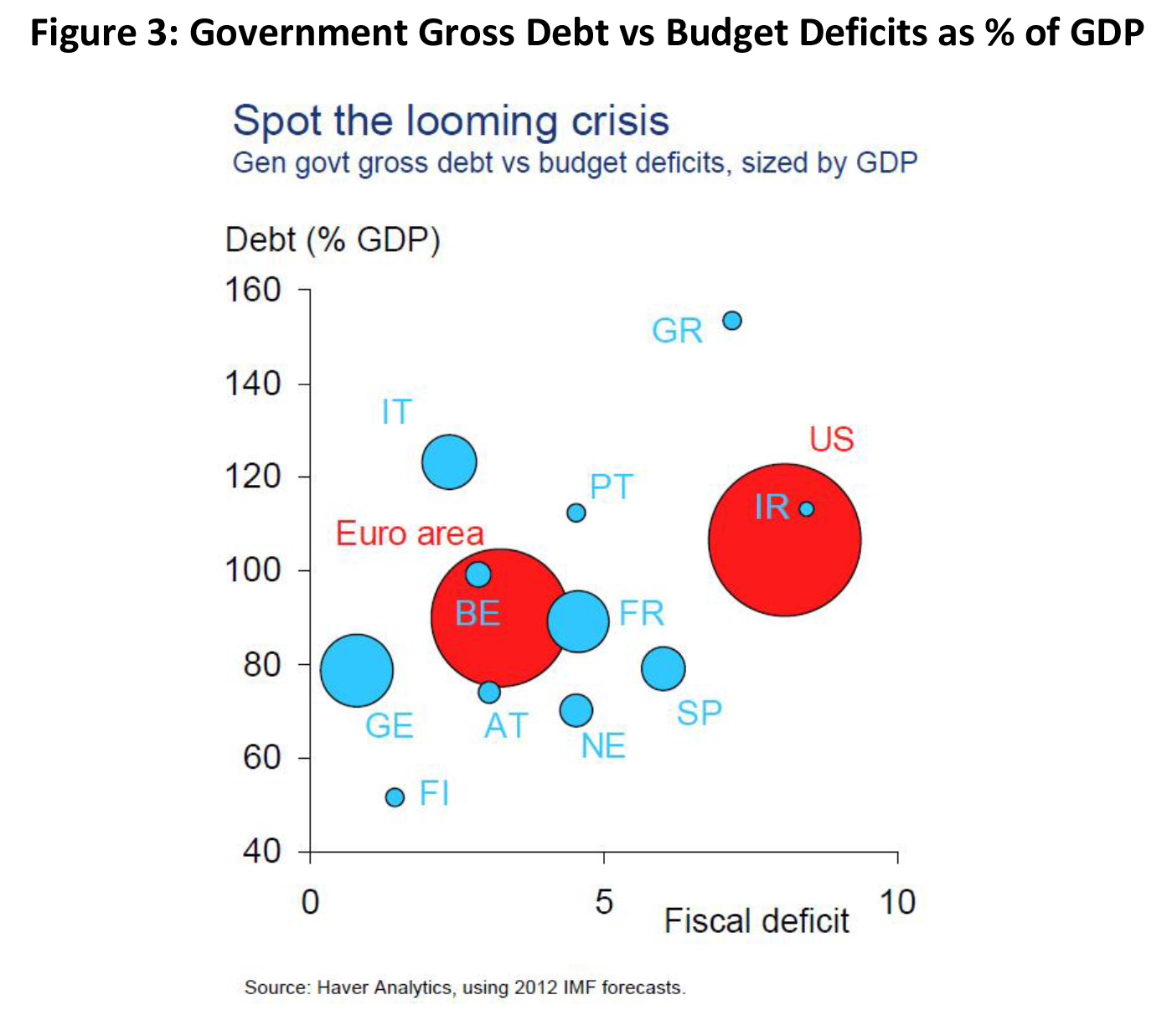 The similarities are apparent, but where countries differ is in the cost associated with financing their debt. The considerable spikes in the 10 Year rates for Spain, Italy and elsewhere serve as a reminder to the rest of the world. On the other hand, Japan, whose debt to GDP exceeds 200%, enters its 3rd lost decade.

At Alamar, we have changed our tune as we enter the back half of 2012. As the year began, our view was that a heightened focus on the overall economy was overshadowing the fundamentals of individual businesses. As an example, our All Cap portfolio achieved a remarkable 20% year over year earnings growth in 1Q 2012. Earnings growth in the second quarter has decelerated dramatically to around 5% for our portfolio and even less for the S&P 500.

The graph below tells an interesting story of the S&P’s performance against Wall-Street analysts’ earnings revisions. Recent history shows the market pricing in anticipated Fed action, while analysts are reducing their expectations for profit growth. As stocks have continued to climb an uptick in those revisions is also evident, perhaps indicative of performance chasing.

In an environment like this, where the short-term outlook is murky at best, we believe maintaining a long-term focus on solid businesses generating strong cash flows is the way to go. However, a number of indicators we track are showing cautionary signs on the US economy. Despite these warnings, the markets are rising to near all-time highs (when including reinvested dividends) which give us additional concerns. As a result, we expect the rest of the year to be volatile and have raised cash levels accordingly.

Thank you again for your continued consideration of our firm.